With the holiday season in full swing, restaurants and hotels throughout the city are celebrating with special dinners, drinks and parties.

Here’s a guide to where to go for some festive grub and refreshments.

Christmas Eve at the Beastro

On Christmas Eve, pastry-encased braised beef cheeks with a red wine bone marrow sauce and gingerbread cake with egg nog panna cotta will be featured as special additions to the Hongdae-based restaurant the Beastro’s menu, which will also be spinning out its popular “New American” eats like the 24-hour hanger steak.

Different dinner courses and lunch menus will be available for each day and reservations are a must, with lunch from noon to 3 p.m. and dinner from 5 to 7:30 p.m. and 8 to 10:30 p.m.

Christmas Eve at the Paris Grill

The Grand Hyatt Seoul’s the Paris Grill is preparing a six-course meal for Christmas Eve.

To celebrate 2014, the Westin Chosun Seoul’s Chinese restaurant Hong Yuan will be serving up course meals featuring popular eats of the year like sweet and sour pork through Dec. 31 at 136,000 won for lunch and 185,000 won for dinner.

Itaewon-based restaurant Left Coast Artisan Burgers will be holding a party on Christmas Eve from 9 p.m. to 1 a.m.

Partygoers are encouraged to dress as elves or ornaments, or wear other festive costumes. 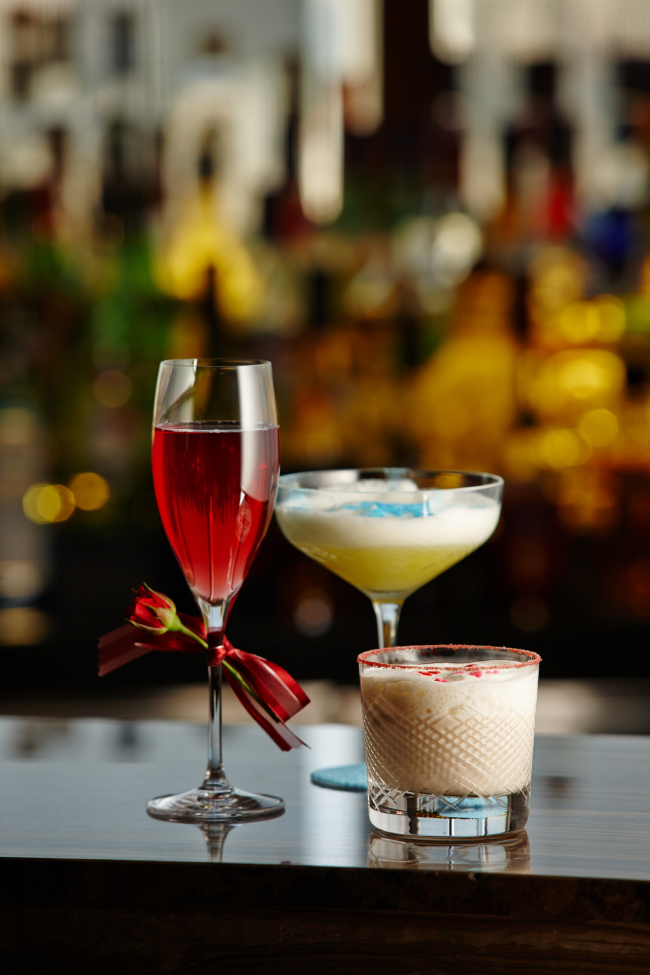 Winter cocktails at the Griffin Bar

JW Marriott Dongdaemun Square Seoul’s the Griffin Bar will be serving special winter cocktails like the Christmas Angel through Dec. 30 for 25,000 won.

Christmas ham at the Deli

The set features a 2-kilo, clove-studded ham with mashed potatoes and other sides.

Crafted from dried fruit that has been marinated in rum, this traditional German Christmas cake is available around this time of year at the artisanal bakery Pain de Papa. Owner-baker Lee Ho-young recommends enjoying his “rich” stollen in thin slices.

Stollen costs 32,000 won and can be reserved and picked up at Pain de Papa’s Sinsa-dong and Coex outlets through Dec. 23.