The newly accredited South Korean ambassador to Seychelles Kim Moon-hwan has identified tourism as one of the key focus of his mandate.

Kim was speaking to journalists at State House, in the Seychelles capital of Victoria, after he had presented his credentials to the archipelago’s President James Michel.

“… It is expected that over one thousand five hundred Korean tourists are coming to Seychelles this year. This is a big achievement given the far distance and then I think the trend will continue in the years to come. Seychelles is of course a small island country, but many Korean people are becoming more and more aware of the beauty and the treasure of this island. Not only for its seaside but also for its very diverse culture. So, that will be one of my priority,” he said. 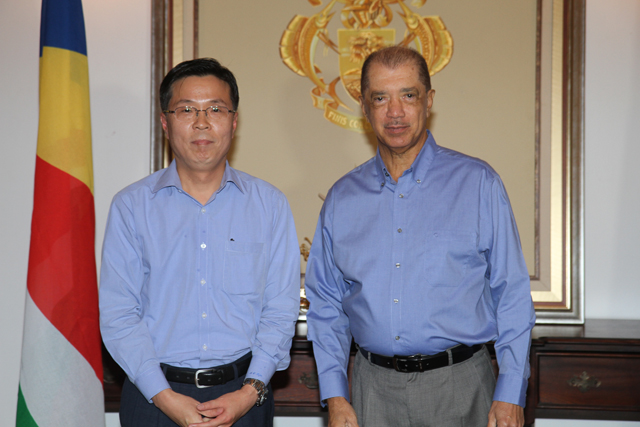 According to a press statement issued by State House this afternoon Michel said Kim Moon-hwan’s accreditation “will serve as another platform to give new momentum to the already excellent relations between the two countries.”

Kim will be based in the Ethiopian capital of Addis Ababa.

Made In Korea News, News