Kwon Oh-hyun, the CEO and vice chairman of Samsung Electronics, handed a written apology to the families of former workers who contracted deadly diseases including leukemia and cancers, in Seoul on Thursday.

Participating in a meeting with families of the illness-stricken workers at the head office in Gangnam, Seoul on the day, CEO Kwon said “we appreciate your understanding and efforts to solve the issues (related to the dispute involving former Samsung factory workers).” 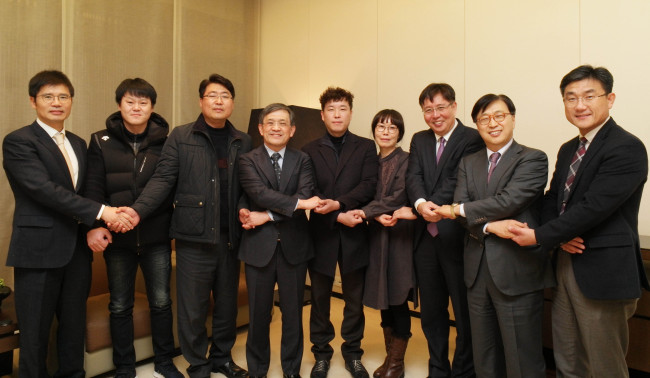 In the letter given to the group of the families, he wrote he admitted that the company fell short of making swift actions to solve the leukemia issues.

The official apology by the chief of the electronics firm came in the wake of the partial settlement between the firm, a group of victims’ families and advocacy group Bandolim earlier this week.