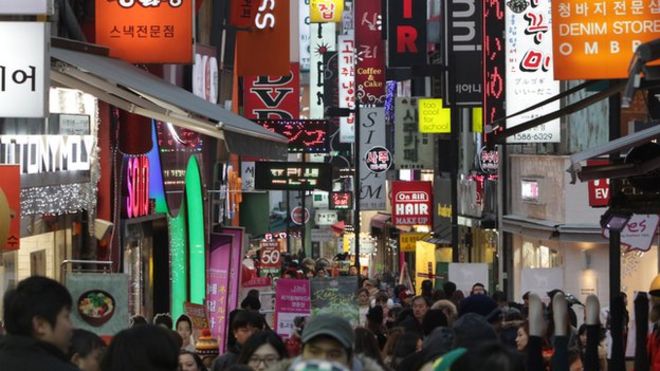 Growth in South Korea – Asia’s fourth largest economy – marginally beat estimates and expanded 2.5% during the first three months of 2015 compared with a year earlier. The Bank of Korea had estimated annual growth of 2.4% for the period. Quarter-on-quarter growth came in at 0.8%, in line with expectations. Growth was boosted by construction and construction investment, as well as manufacturing and private consumption. Analysts had predicted that the country’s growth would remain soft in the first quarter of 2015, before picking up pace later in the year.

In the fourth quarter of 2014, South Korea’s economic growth fell to a six year low, expanding a seasonally adjusted 0.4% in the October – December period compared with the the previous quarter, when growth hit 0.9%. At the start of June, a private survey suggested manufacturing activity in the country, which is export-dependent, contracted in May for the third month in a row. Official data also showed the country’s exports in May were down 10.9% from a year earlier, while imports were down 15.3%. The numbers fuelled concerns over South Korea’s faltering economic recovery, particularly as China’s economy continues to slow. China, the US and the European Union are South Korea’s biggest export markets. To help boost growth, the Bank of Korea in March cut its rates by 25 basis point to 1.75%. The move surprised markets, but analysts have said the bank may cut its benchmark interest rate again to an historic low of 1.5% in the coming months.